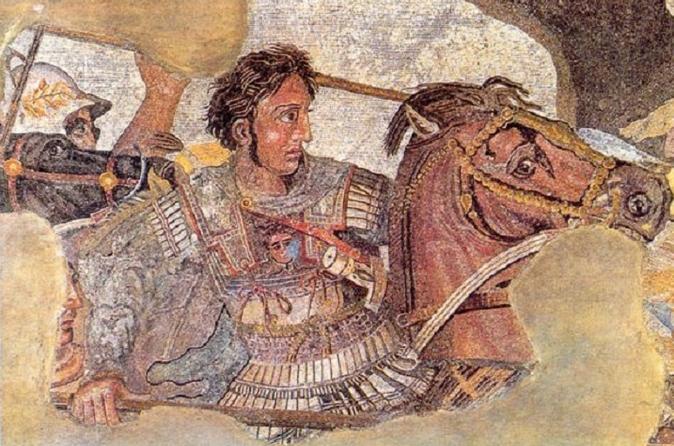 A half-day tour to Vergina (Aigai), listed as a World Heritage site.

To the south of River Haliacmon, in the “land of Macedon”, as described by Herodotus, on the foothills of Pieria, the ancient “Macedonian mount”, lays Aigai, the first city of Macedon, the land with many goats (“Aigai” in ancient Greek means “goats”).
Aigai was a city formed by distinct villages, an “open” urban agglomeration having a central core and multiple settlements of various sizes developing around it. This multiplicity explains the plural suffix of its name (the diphthong “ai”), like in the names of other ancient cities, e.g. “Athinai”, “Thibai” or “Ferai”, and reflects the ancient model of a society founded on the aristocratic structure of clans having as its point of reference and cohesion pole, the royal authority.
In the mid-7th century BC, Perdiccas I, a Dorian from Argos, a descendant, according to tradition, of the family of Hercules, became king of Macedonians. Aigai became the cradle of the Temenids, the dynasty that will rule Macedonia for 3.5 centuries and will give to humanity Philip II and his son Alexander the Great, who set off from Aigai and changed the history of Greece and the World.

A half-day tour to Vergina (Aigai), listed as a World Heritage site. You will visit the most important remains of the monumental palace of the Kingdom of Macedonia, lavishly decorated with mosaics and painted stuccoes, and the burial ground with more than 300 tumuli, some of which date from the 11th century B.C. One of the royal tombs is identified as that of Philip II, who conquered all the Greek cities, paving the way for his son Alexander and the expansion of the Hellenistic world. It is 1 hour drive from Thessaloniki

A half-day tour to Vergina (Aigai), listed as a World Heritage site.